Everyone knows I like a good bit of swearing. This post is not for those who are easily offended, but the Strong Language blog is a true delight. 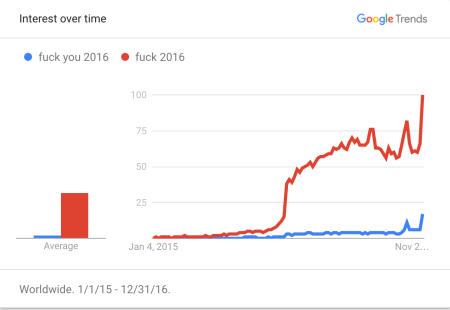 Last year we introduced a year-end roundup celebrating the best in sweary language: The Tucker Awards. The Tuckers are named after the one and only Malcolm Tucker, Peter Capaldi’s gloriously obscene character from the BBC’s political satire The Thick of It and the big-screen version In the Loop. Let’s get started with 2016’s best moments in swearing. As Mr. Tucker […]

I'm a writer and a dabbler. I live in Washington. View all posts by crow